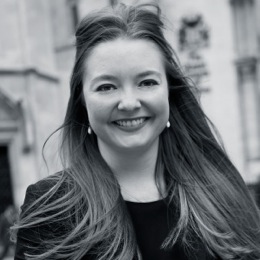 Lia is a Senior Associate at Taylor Hampton who specialises in civil and media litigation with significant experience in defamation, privacy, breach of confidence and harassment claims. She has acted for numerous Claimants against major newspaper titles in relation to phone hacking claims. She is also a participating member of the Art Due Diligence Group, in relation to dispute resolution, litigation and reputation management matters.

Lia Represented many Claimants in actions against News Group Newspapers and Mirror Group Newspapers for breach of confidence and misuse of private information claims arising from the unlawful interception of voicemail messages.

She also acted for Claimants in defamation proceedings against several national newspapers. She was Instructed for a Claimant in a privacy action against a package holiday company for breach of confidence arising from unauthorised disclosure of medical records.

Lia qualified as a solicitor in November 2013. She completed her Legal Practice Course at BPP Law School in London, prior to which she obtained a 2.1 in her law degree from King’s College London and studied French Law at the Sorbonne.